Gabriel Smy has been working with digital content for over a decade. He is currently at Zengenti, shaping websites for the higher education sector, among others. This year he also played the head of digital role for The Independent Group – which became a new political party in the UK.

Gabriel’s background is in writing and communications, and he was part of the inaugural content strategy forum in London. After an English degree at Cambridge University, he worked for web agency Fluent before becoming head of content for a software house. He has worked with A List Apart and leading organisational psychologists, and trains in content design, writing for the web, and leadership.

Gabriel lives in a hidden pocket of England (basically The Shire) where he likes nothing better than collecting footpaths with his dogs. 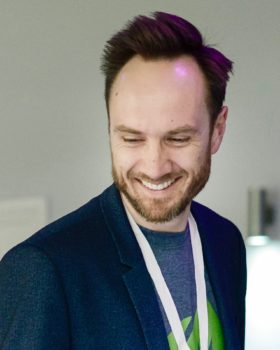 The opportunity (and necessity) to create and manage digital content right across our organisations is massive, yet so often we either daren't trust people to do it, or we can't get them to deliver....