Reddit bills itself as the front page of the Internet, but are higher ed institutions using the popular site to its full potential? 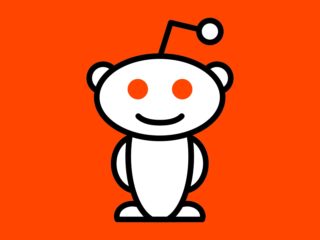 In one PSEWEB 2018’s most popular presentations Mathew Hoy, a senior web designer at Western University, talked about the university’s experience with Reddit. He discussed how Western has used AMAs (ask me anything) with faculty members to help raise their profiles and bring attention to important issues, like HIV research.

We interviewed Mathew about that experience.  He provided some great insight and how to prepare faculty members for social media outreach, how to build a community, and why Reddit can be a great place for higher ed institutions, with the right approach.

PSEWEB: Tell me about the AMA’s you’ve done at Western.

Mathew: Sure. We’ve done a few AMAs at Western. The first one we did was with a Western researcher named Chil-Yong Kang, and he is developing a cure for HIV.
We did another one with a researcher named Adrian Owen, and he is talking to people in vegetative states.

I use Reddit a lot, so I was kind of like, ‘You know, as a way to reach a new audience, this is something we’ve never done before. Let’s try one of these AMAs.’ At the time, I think Bill Gates had been doing them. It had enough caché with big-name celebrities.

PSEWEB: When did you start doing AMAs?

Mathew: We did our first AMA five years ago. It was uncharted territory for Western. We had been on social media — Twitter, Facebook and YouTube. I created those accounts for Western when I first started. We had been on those for a long time, and Reddit was something where I could bring my hobby into work.

We did the AMA, and we had no idea what to expect. I had to temper everybody’s expectations, letting them know that we shouldn’t expect to blow everything away and get millions of hits. But the end result was really good. We got about 2,200 upvotes and had 470 comments on the AMA. Those comments included questions to us, our answers, as well as a back-and-forth with the community.
Everybody went, ‘Oh, this is actually a thing.’

PSEWEB: Did that exceed your expectations?

Mathew: For sure. I was excited to do one, but I was tempering people’s expectations, with it being very low.

When you tweet something, you might get a couple of hundred responses at the high end. But this thing really popped off.

PSEWEB: What is your view on Reddit as a social network?

Mathew: I think all the social networks have their own underlying structure of how you approach them. For example, with Twitter, you don’t post the same tweet six times a day. Every one of these networks has its own system of manners.

So it’s really valuable to have somebody on your team who know Reddit.

Mathew: There was a form in the bottom of the right-hand section to apply to do an AMA. They had a schedule for the next month so I would go, “We’re going to do an AMA, when is the best time to do it?”

And then we would determine our local schedule and then jump on that time to try and book it. Next, we would set the whole thing up – we would say who we were, prepare a little intro post, and then get into it.

PSEWEB: Are Reddit AMAs focused on research topics the best fit for universities?

Mathew: When we’re posting in the science subreddit especially, everyone there is doing research, and wants to know more about stuff.

With that said, there are subreddits for everything. Every school has its own subreddit, whether you know it’s there or not. In some cases, it might be something that you don’t engage in. But maybe you hop in there, and say, “We’re going to do an AMA on housing at Western.”

I think there are definitely avenues for communication through different subreddits. It’s valuable to have those people on your team who are Reddit users.

PSEWEB: Was your goal to bring more visibility to Western’s researchers with your AMAs?

Mathew: We’ve done four of them, and I think in some cases it’s to give a little bit more exposure to that researcher and the stuff that we’re doing.

The cool thing is that when you post a topic of discussion, occasionally spins off into another area. For example, with Dr. Kang, we had people saying, “My uncle has HIV, and I love that you are working hard to help people like my uncle in the future.”

And I think that kind of stuff is a really nice affirmation for the researchers, who are in the lab a lot and don’t get a lot of opportunities to talk to average people about the work they do.

PSEWEB: How did you prepare ahead of time with the faculty members?

Mathew: The very first time we did it with Dr. Kang, we went into his office, and there were him and three others — myself, Melissa Cheater and our media relations officer Jeff Renaud. He had never done an AMA. We sat down with him, explained how it was going to work, and he said it sounded like fun.

He’s not a fast typer, so I did all the word-for-word typing of everything he said.
Somebody would ask a question, and we had one person on a computer who would see the questions as they came in, and that person would direct the questions to the researcher. Dr. Kang gave his answer, and I would type it out. We bounced back and forth like that.

The way we do AMAs now includes requesting questions ahead of time – if we can. We use a Google Doc that everybody is connected to and assign everybody a unique colour.

During the AMA, one person’s entire job is to take all the questions that are on Reddit and copy and paste them into the Google Doc.

In the case of researcher Adrian Owen, we had him and five members of his research team available to answer questions. Each person on the team had their own colour. One person pasted all the questions in, and then members of the research team would select questions and type their own answers.

At a glance, we could tell which question had been answered and identify who responded to the question. It helped us keep our responses organized.

Once a question was answered on Reddit, the person responsible for copying items to the Google Doc takes answered questions and puts them at the bottom of the document in a section called Answered Questions.

PSEWEB: How did you prioritize the questions?

Mathew: We were taking them as they came.

When I was preparing people on how to run an AMA I told them Reddit can be a wild West. You’re going to get people who are asking off-colour questions. They’re going to be asking questions in the wrong subreddit, and you’re going to have people trolling. That’s how Reddit works.

So having a team of people who are copying and pasting the questions can kind of keep that stuff from the researchers. Having a team with designated roles helps keep people on topic.

With the Kang session, I think we had a few off-colour questions, but we just didn’t answer them.
When we run our AMAs, we tell users that we’re there from 1 p.m. until 3 p.m. We let them know that we’ll answer as many questions as we can on anything, provided that it’s on topic and researchers want to answer them – and that’s it. Everything we can answer, we answer.

PSEWEB: Do you think Reddit is off the radar for most universities?

Mathew: I do. I think one reason it goes under the radar is that there are hundreds of subreddits about everything from peanut butter to shoelaces. So it’s hard to go, “Where is Western’s HIV research going to fit in?” You’re casting your net in the ocean, hoping to fit a specific niche.

The other thing is that even though a lot of people use Reddit, for higher ed and business, it’s still seen as a wild West. I think Reddit still has that stigma where there are millions of users, and you don’t know what they’re going to say. And each subreddit has its own system of manners.
There’s a lot to digest, and if you don’t have knowledge of this stuff, it can be easier to just skip it.

Mathew: It definitely has. It comes down to doing your research.

With a lot of famous people who do AMAs, you don’t get the sense that they commit to it. They do it because they have a new movie coming out and they want to drive up viewers, but they don’t commit themselves to actually responding and taking part in the community.

So at Western, that’s what I’m committed to — taking part in that community.