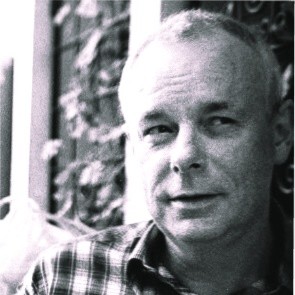 NOTE FROM THE #PSEWEB EDITORIAL TEAM: eQAfy’s Paul Bradley is back on the #PSEWEB blog with a two-part overview analysis of the higher education social media landscape. eQAfy, a web estate monitoring service to boost higher education website user experiences, content quality and accessibility, is one of our many exciting vendors for the 2019 #PSEWEB conference.

As of February 2019, there are about 500 people working in social media at Canadian higher education institutions or consulting or freelancing to the sector. That number has grown over the past decade, as social media has become a basic element of university and college digital marketing and communications.

One of digital marketing’s benefits is that it is data-informed, allowing campaigns to react and adapt as new information emerges. But, in the tumult of tactical execution, broader strategic shifts can get missed.

In this article we overview the landscape. In a subsequent article we’ll uncover the details of higher education’s social network use.

Social icons typically sit on home pages, although some institutions play “social link hide and seek” and others tuck their connections to legacy networks well out of sight.

We discovered 1,265 accounts, collecting 3,750 data elements or an average of 22 items per institution. We then turned to each social media provider to collect the relevant content and audience data, where available.

For institutional social media practices to be truly data-informed all social media accounts should be on file and visible. What we describe below will explain why.

Almost 16 years after LinkedIn’s May 2003 launch, there are twelve social media networks with presences on Canada’s college and university websites.

Five networks dominate higher education’s social media scene: Facebook, Instagram, Twitter, LinkedIn and YouTube (FITLY). The remainder are either mobile-focused, about to exit the market or have simply failed to gain meaningful roles, at least in higher education.

As Chart 1 shows, official FITLY accounts have over 90%, and in Facebook’s case, 100% uptake. A three-year period, in the early- to mid-2000s, produced four of the FITLY networks, and only Instagram has emerged subsequently to gain similar market acceptance.

Social network development looks set to repeat the historical pattern of other technology markets, in which dominant market leaders draw away from the stragglers. And, simultaneously with wider shakeouts in digital media and publishing, two of the legacy networks (Google+ and Flickr) are either being shut down or making material business changes.

How Large are the Audiences?

The FITLY social networks have survived and grown over the past decade by evolving to meet their user’s needs. Chart 2 shows each network’s core audience — its followers, subscribers or members —  reflecting one facet of that evolution’s success.

And, Chart 2 may reveal the data’s first surprise. LinkedIn has established an audience 45% larger than that of Facebook. Facebook, in turn, has amassed more than twice Twitter’s number of followers. However, followers or subscribers are only one aspect of sizing up a network’s audience.
As Chart 2 also shows, YouTube has a relatively small subscriber base. But, the videos Canada’s higher education institutions have uploaded to YouTube have been viewed a total of over 131 million times. Perhaps viewers can’t be bothered to subscribe to channels?

How Effectively Are Audiences Being Reached?

As measured by followers and likes, the audiences for higher education social media accounts are large, more than 17 million accounts.  But, what does the data say about how well those audiences are being reached?

To join LinkedIn, members must complete a personal profile. Sign up captures the post-secondary educational institution members are attending or have attended. As a consequence, LinkedIn is building an alumni database. One that is automatically updated with each new member.

We’ve shown the estimated audience shares for legacy networks, but the FITLY results are more relevant. The percentage values are the result of dividing the total number of network followers by the total number of Canadian higher education alumni for the 173 institutions we examined.

LinkedIn scores well on our audience share estimate: with the number of followers 27% greater than the number of registered post-secondary education alumni. Seemingly, other LinkedIn members, beyond automatically-registered alumni, have been motivated/persuaded to follow university and college accounts.

In fact, three institutions stand out in this respect, with LinkedIn follower/alumni ratios well in excess of 100%:

Note, in the specific institution calculations and rankings above, we excluded colleges or universities with fewer than 500 alumni recorded on LinkedIn.

The data shows that higher education social media has largely been ceded to five networks: the FITLY five. LinkedIn and Facebook have built the largest audiences, while recent reports suggest (see page 3 at the link.) that Twitter is experiencing activity decreases.

As our subsequent article will reveal, the usual suspects have, of course, built the largest follower counts or tweeted the most. Nevertheless, adjusting for size less prominent institutions are having outsized success in building social audiences.

For this article we’ve only compiled data for official institutional accounts. But, the 500 higher education social media practitioners work with accounts across campus. As networks evolve, shift in their effectiveness or lose momentum it can be easy to lose sight of the broader strategic changes and be slow to respond.

That’s why we suggested it’s prudent to compile an accurate list of all of an institution’s social media accounts. From time-to-time some institution-wide social media housekeeping is needed.
And, up-to-date records help find the laggards and the leaders, accounts that need help, legacy accounts to be closed, content for archiving and links for removal.

How do you see these findings affecting your higher education social media use?

The Power Of Your Personal Brand

CMS – If you build it, they will come

5 Keys to Success for Using Drupal in Higher Ed