The social media team launched a campaign on Instagram “Tell us what you streamed in 2020, and we’ll tell you which courses to take”. The goal of the campaign was to engage with students, while promoting a variety of Laurier courses that students might not know we offer. We used the question box feature from Instagram on Stories, and we expected anywhere from 10-30 responses based on other user-generated campaigns. We received 173 submissions from our Laurier community, primarily students. Because of the success, we turned the social campaign into a roundup article on the student’s homepage, which featured some of the most interesting responses and connections to Laurier courses. “Tell us what you streamed” is especially interesting because we normally take web articles and stories and push them out on social — not the other way around, where social campaigns influence stories on the web.

Further, to help maximize the article’s potential, we used a new web template called “All The Things”, which allows for more web content blocks, images, and GIFs; ultimately appealing to our student population.

The campaign was so successful on both web and social, that the local media picked it up without being pitched the story. As a team, we were then able to promote the media attention via social, giving this campaign legs for an entire month. “Tell us what you streamed” shows the importance of meeting students where they are, speaking their language, and appealing to their interests. 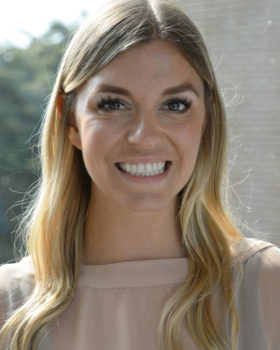