As the former President for the University of Saskatchewan Students’ Union (USSU), Jack was the third Aboriginal person and first Transgender person to hold the role.

Growing up as a genderqueer child, he faced bullying and discrimination at school and in his community; he was diagnosed with severe depression at the age of 14 and struggled for years to reach a stage of recovery. Eventually coming out as transgender at the age of 18, Jack healed through the help of his traditional Cree ceremonies in conjunction with conventional therapy.

Jack has sat on various committees and councils, two of which being the Mental Health Commission of Canada’s youth council and the National Indigenous Youth Council on Sexual Health and HIV/AIDS. He openly advocates for Indigenous engagement, mental health, gender and sexual diversity, Two-Spirit issues, sexual health, and HIV & AIDS.

Winning numerous awards, with most recently being named the 2018 SK Young Humanitarian of the Year award from the Red Cross, Jack brings numerous marginalized voices to the forefront. Speaking up and speaking out while being proud about his intersectional identities has brought much awareness to the needs of the communities he serves. 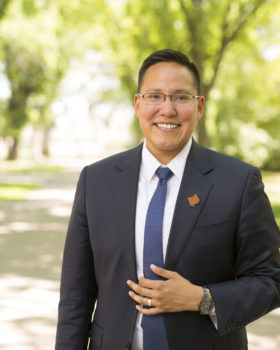 KEYNOTE: Designing for a Diverse Landscape